Summary: Loved it, but I was prepared

It’s been a while since I wrote a TV review, but after binge watching the show, and given my love of Fantasy, The Witcher (both novels and games), and the general process of adaption, I pretty much had no choice.

This is a show written for fans and perhaps not for the uninitiated. It’s unabashedly High Fantasy and is (mostly) extremely faithful to both the source novels for plot and character and to Witcher III in terms of visuals. This last surprised me as the show (I believe) has no connection with the games other than that they draw on the same source material — but it really does (again mostly) look like them. It’s loosely adapted from the first two books, short story collections The Last Wish and Sword of Destiny with chunks of the novel Blood of Elves worked in. These are simultaneously both great material to work from and challenging to adapt, as the world and characters are sketched impressionistically via a series of short stories — and this “episodic” feel permeates this first TV season .

Essentially, season one is preamble, being the tale of this unique alternative history Slavic fantasy world and three (at first) disconnected characters: Geralt (the witcher), the sorceress Yennefer, and the princess Ciri. The trio inhabit parallel stories on a collision course — but not yet obviously connected.

And while I loved the show, it’s not without its issues, so let’s break down the parts: 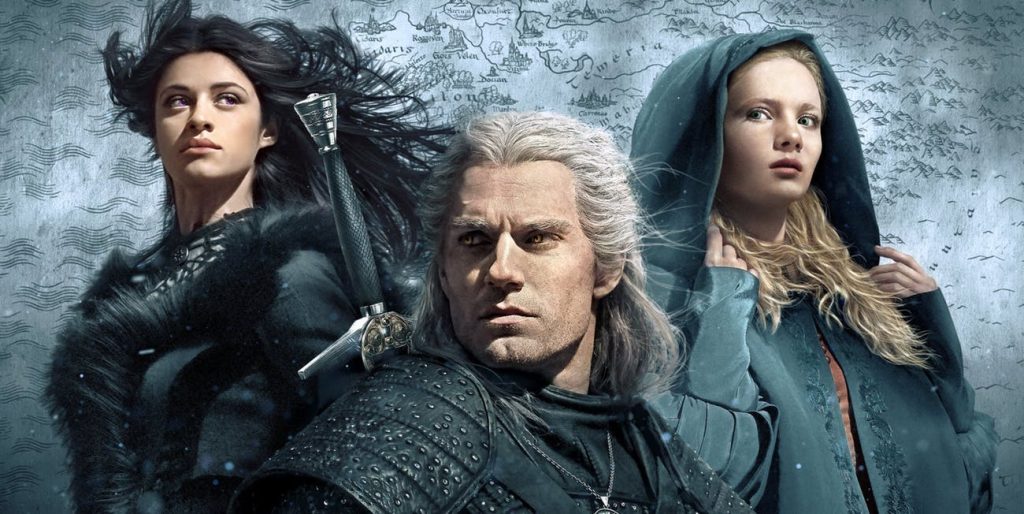 Characters and their actors:

Henry Cavill nails Geralt of Rivia. I’m not a Man of Steel fan — although that was mostly the barfarific writing — but he really inhabits The Witcher. Sure, Geralt isn’t exactly the most emotionally available character in the history of fiction, but Cavill brings exactly the right confidence, ambiguity, and charisma to the bleak “hero.” His pale stringy hair and cat-like contacts give him this wide eyed stare — but it works — as does the gravely voice and the continual grunting. Geralt’s combat skills are superbly fluid and perfectly in line with the character.

Freya Allan is ghostly and intensely slavic as Ciri. Just the right kind of vulnerable and a distinctly elven quality. Also great. I heard there was some initial thought of switching up her “race” and I’m glad they didn’t.

Now the mages are one of those total modern melting pots of ethnicity and looking — but the conceit works well with them both because they presumably hail from around the world and because their appearances are sculpted as much by their own magics as by nature.

Compared to Geralt and Ciri, I was more mixed in my opinion of Anya Chalotra’s Yennefer. Early Yennefer is pretty good, and her transformation quite intense. But while post-transformation Yennefer looks the part, she doesn’t bring to it the level of forceful (and petulant) intensity that I have always considered to be a hallmark of the sorceress. Basically, she lacks some of the swagger that is essential to Yennefer.

Anna Shaffer’s Triss was very flat, not at all what I was looking for. But many other characters were solid, particularly Cahir, Tissaia, Mousesack, Eist, and others. 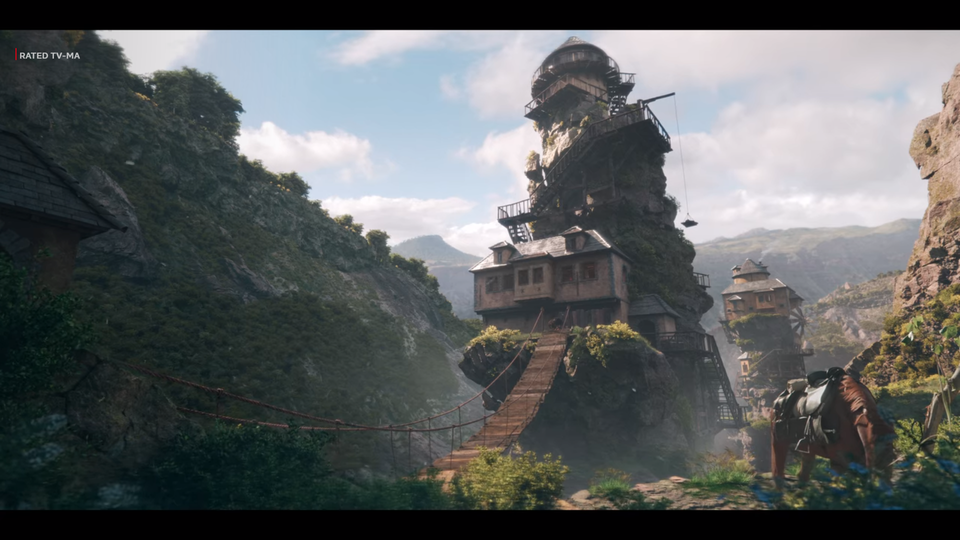 Art direction was excellent. Maybe not quite as sweeping as the games, but very similar in style and often haunting. It brought the slavic setting starkly to life. Costuming is a bit varied, but so is the game. Sometimes gritty and medieval, sometimes colorful and a bit more Renaissance. Often the backgrounds were very desaturated. This was fine.

I was not bugged by the gratuitous nudity. This is at its heart an early 1990s fantasy series. It has elves and dwarves and nudity. That’s just part of its thing.

The spell fx could have been better at times. Sometimes they were good, but sometimes a touch offscreen or fake. This is a world (and a show) with a lot of direct magic. It’s not like Game of Thrones where the magic is “subtle” like Melisandre’s. No, this has mages hurling bolts of energy and opening up portals and all that. They handled it ok, but the magic could have benefited from looking even “more expensive” and dramatic.

The creatures on the other hand looked great, as did the settings generally. 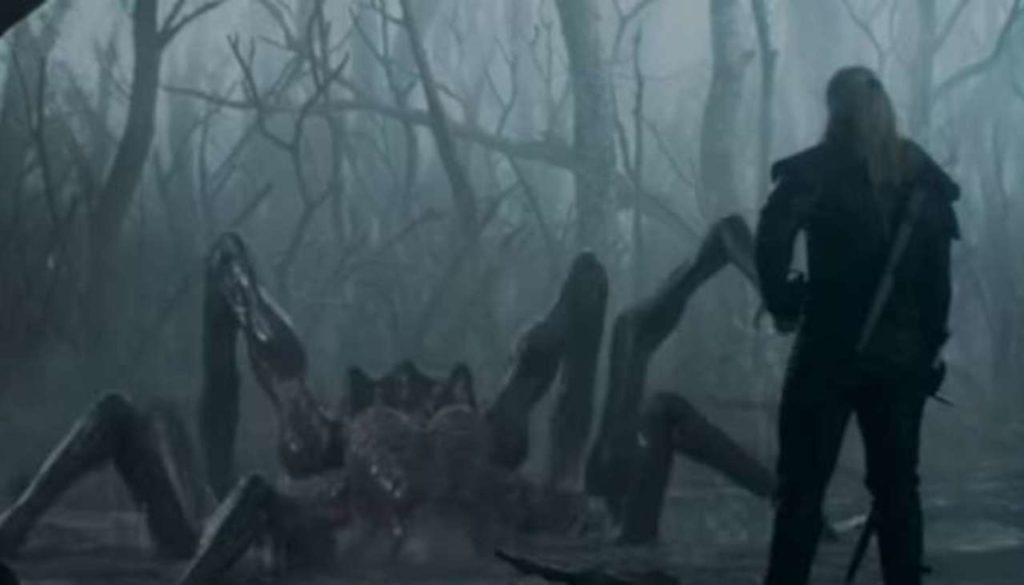 First rate. Particularly the sound track. I loved the video game sound trackers, and this one is good as well — similar in its exotic quality. 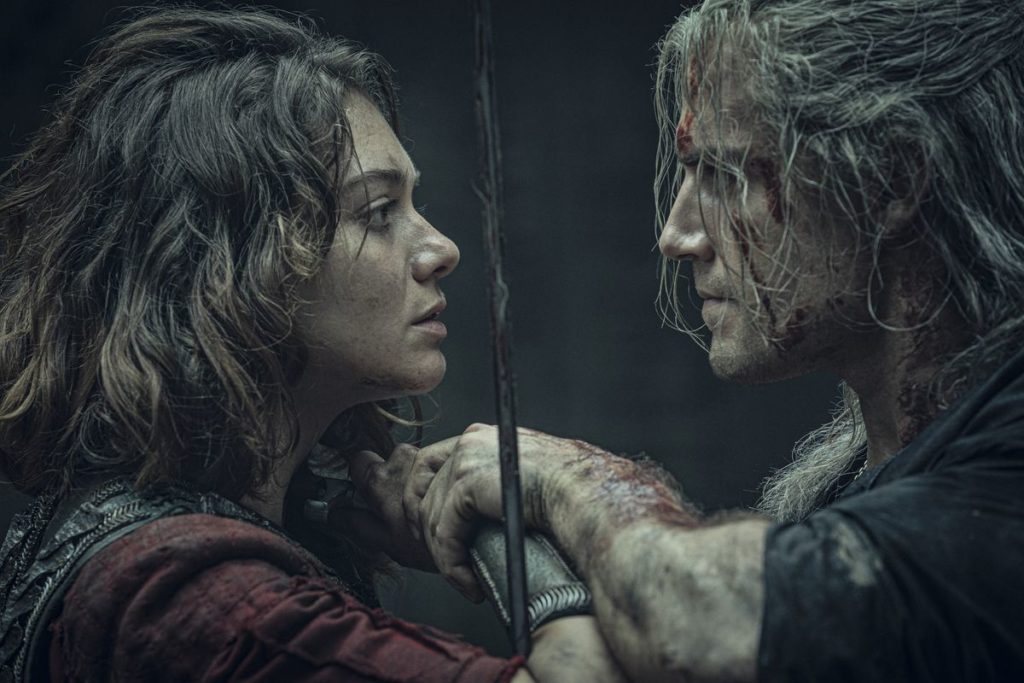 Writing was generally good, but I had two problems. Sometimes the dialog seems overly modern, particularly some comic characters like Dandelion (returning to his Polish name Jaskier in the show). And the patching together of the short story based material periodically led to jarring transitions and some tonal shifts. The show maintains the grim pathos, high fantasy, and snatches of humor characteristic of The Witcher. All of these tones being there in the source material, but I wonder about the ability of new viewers to follow the multiple interwoven time frames — which taking a page from Westworld offer only minimals clues for distinguishing the period — particularly given that many important characters in this show do not age significantly (Geralt and the mages). It’s also a show that like its source material throws about the complex “noun soup” of a complex fantasy world and its moderately complex politics. Part of the enjoyment for a fantasy or SciFi reader — and a part not appreciated by people who aren’t steeped in these genres — is the joy of trying to piece together the rules and details of the world without too much handholding. And The Witcher show is fairly true to these roots.

So, given that I’ve read the books and played the games and “get” the world of The Witcher, it’s hard for me know how a new viewer would experience the show. My wife — having neither read nor played — did watch with me, and she enjoyed the show as well, but she also likes fantasy and was peppering me with questions. So if you’ve seen the show, and particularly if you are new to the franchise, feel free to tell me your experience in the comments.

So overall, despite some cheese and some flaws, I really enjoyed the show and am deep in that cathartic sadness that follows the end of a good season. Fortunately it’s already been renewed. I know the professional critics hated the show and the fans loved it. And I think that’s because unlike Game of Thrones, which is a bit of a crossover gateway drug into fantasy, The Witcher (and I speak of the franchise overall) is something rarely done at all, and even more rarely done well on TV: an unabashed masterpiece of genre fantasy — and that’s all right because I love genre fantasy.

For my thoughts on Witcher III (it rulez), click here. 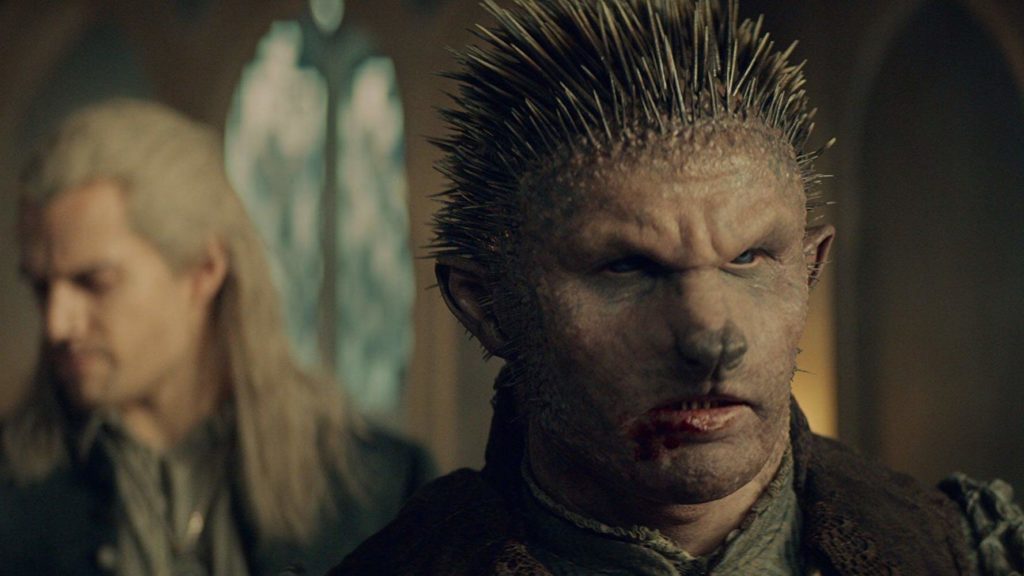 Yep, there are even knights cursed to be hedgehogs