I’m going to wine geek-out here. As any regular reader of my food posts knows, I’m a huge Burgundy fan. France’s “Exotic East” is by far my favorite wine region and the source of some of the world’s best reds AND whites. Burgundy is also notoriously difficult to get a handle on as both a taster and a buyer. It’s complicated, with many many producers and vineyards. Some individual vineyards have over 100 producers, many bottling as little as a single barrel.

When trying to decide if a wine is worth your dollars, there are many degrees of freedom: vineyard, producer, vintage, price, etc. So I was trying to get a handle on the vintage aspect and failed to find any consolidated scoring of the vintages. So I made one. Really, I would like a chart based on vineyard because Burgundy is so variable, but I had to content myself with distilling the ratings into  three main categories: Red Cote de Nuits, Red Cote de Beaune, and White. The source data comes from different professional reviewers and covers different years. In any given year I just average those scores I had in any given year. I mix the “general” (not either Nuits or Beaune) scores into both red categories. White does not factor the differences between Chablis and the Beaune whites (i.e. Corton, Meursault, and Montrachet).

The chart scores vintages on a 50-100 point scale and does not take into account much (if any) notion of current drinkability. It’s possible that some of the source data does, and judging from the general redness in the 70s and 80s that is probably so. But so be it. Clearly, even though 1985 or 1978 are well rated vintages, you have to be careful to chose long lived and well stored examples. But I’ve had two great bottles of 1978 recently, so it’s by no means a sketchy year. Hey, a couple of years ago I had a case of excellent village wine from 1949! 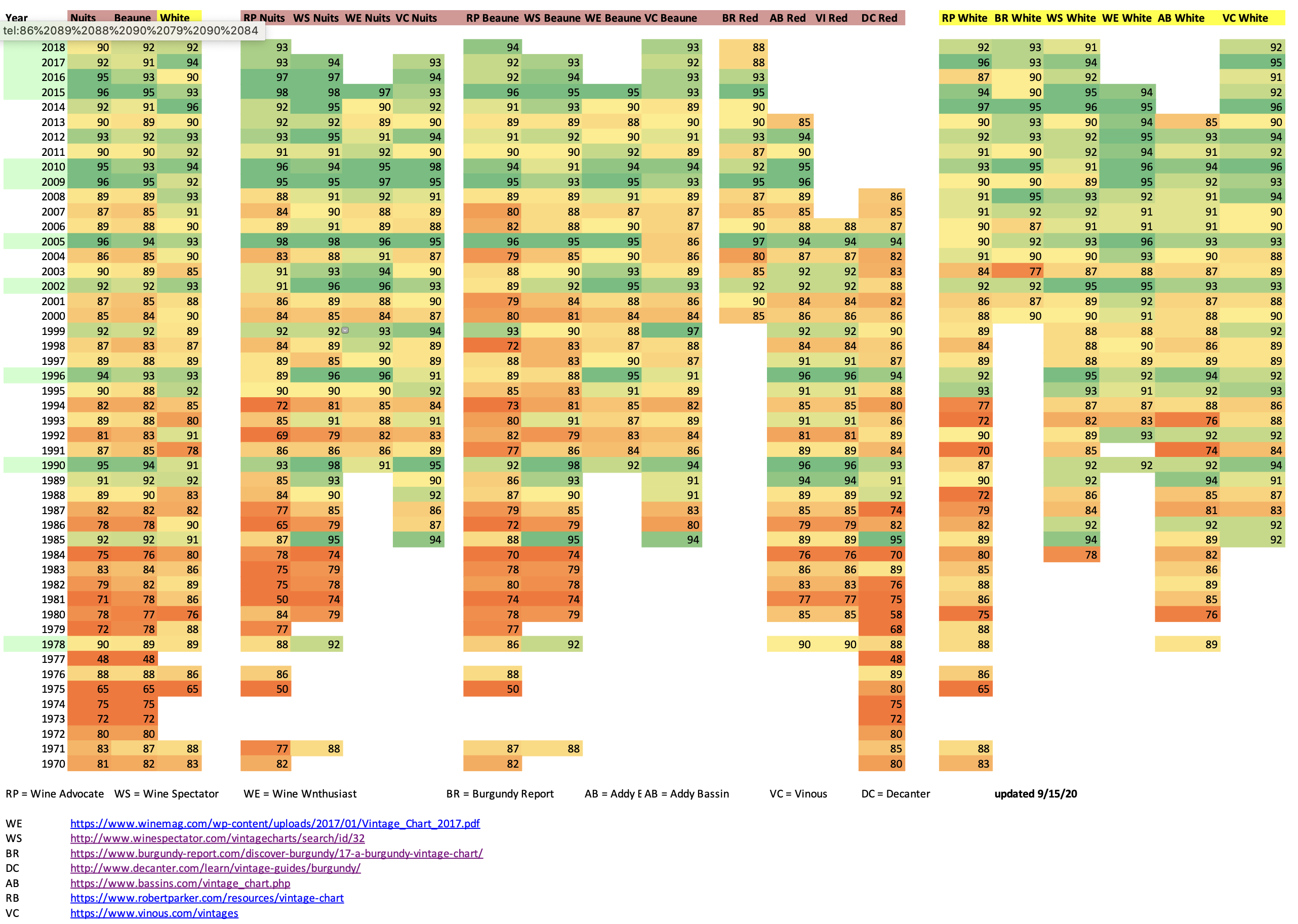