I loved Altered Carbon season 1, both when I watched it at release and during my recent “just before season 2” rewatch. It’s not perfect, but it’s seriously good Science Fiction for television. 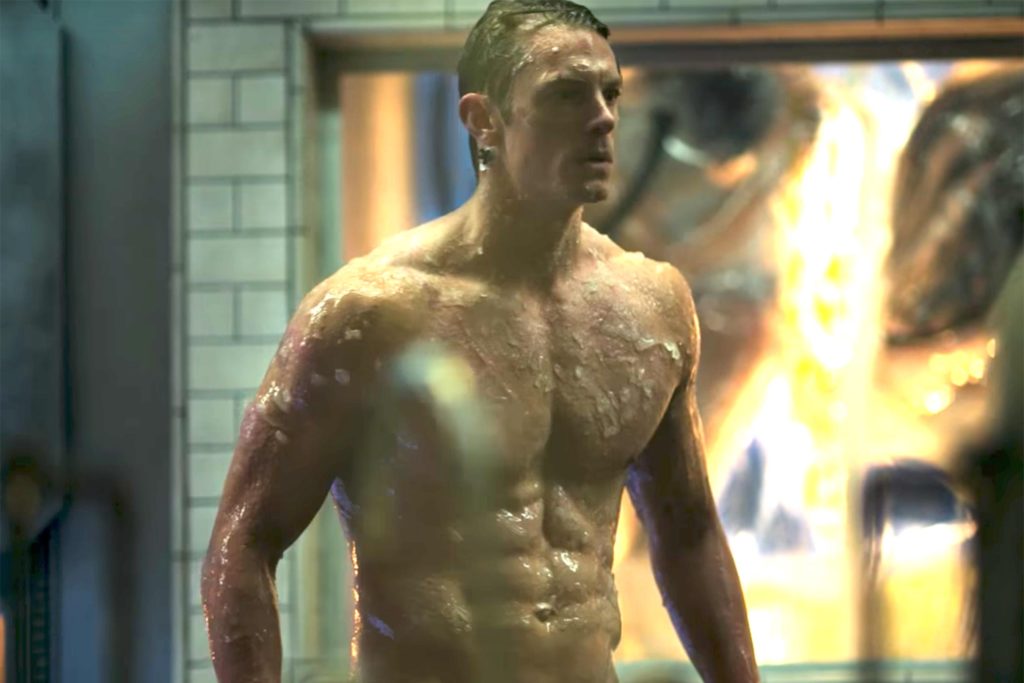 Kovacs S1 is one big dude

The good: It’s sexy. It’s violent. It explores interesting technologies and the ramifications of them on what it means to be human. The production is awesome. There were interesting and like-able characters, a decent mystery, and phenomenal world building. Possibly only the Expanse represents such good “real” Science Fiction. The main plot was fundamentally interesting with some good twists. 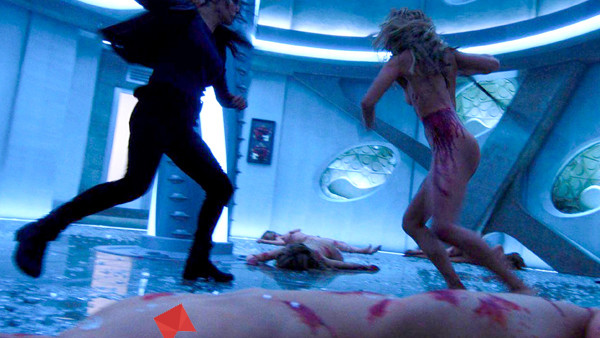 This clone fight is mind blowing

The bad: The episodes of the first season are sometimes a bit uneven in pacing and the plot lurches around a bit. But these differences often make them memorable. My least favorite parts were the flashbacks to Tak’s past 350 years ago. Sure they inform the political situation and his character, but they were undermined by a particularly hammy feeling, limited setting that doesn’t feel alien (even though it’s an alien world), and stiff performances by Will Yun Lee (O.G. Kovacs) and Renée Elise Goldsberry (Quellcrist Falconer).

Look at rebuilt San Fran on the ground 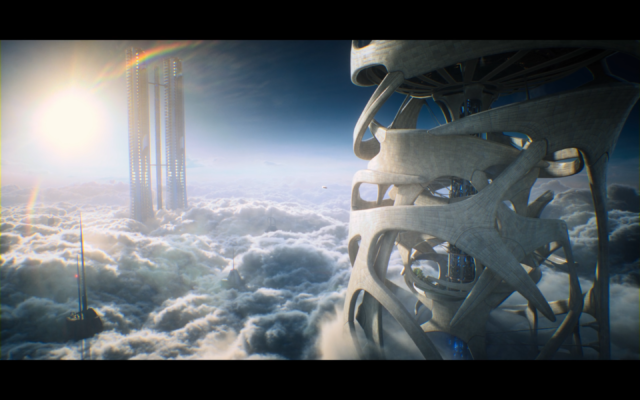 And in the clouds

I found the season 1 performances of Joel Kinnaman (Kovacs), James Purefoy (Laurens Bancroft), Martha Higareda (Ortega), Chris Conner (Poe), and Dichen Lachman (Reileen) all great. But the biggest sell here was the seedy Cyberpunk world. Following in the mould of novels in this genre, and evidently this novel, it is hyper-violent with a ton of nudity. But this last was not only sexy, but actually thematic as the technological leap central to the series detaches human consciousness (the stack) from the body (the sleeve). Hence the characters, particularly the constantly body-swapping near-immortal Meths have developed a multi-layered casualness about the body that to me feels a touch “Roman.” I felt it very effective in enhancing the mood. Season 1 is not a show that strays away from sordid and morally questionable consequences of the technology. We have seedy sex palaces, virtual spin up of humanity, VR therapy, VR sex, VR interrogation, gladiatorial games, personality backups, simultaneous cloning (multi-sleeving), heavy drug use, AI, brain viruses, religious mania, and all sorts of goodies. There are tons of set-piece scenes — most memorably Reileen and Ortega’s naked clone chick fight — cool-beans with awesome sauce!

Look how Kovacs towers over Ortega — she rocks BTW and they totally should have kept her character.

My major world building beef is the handling of the “galactic” empire. We mostly see earth, and there is no explanation of the faster than light messaging tech (needle-casting) or any apparent space infrastructure (starships, etc). Additionally, Kovacs experiences almost no culture shock in skipping forward 300 years. Yeah, he’s an “Envoy” designed to absorb culture shock, but he’s also a product of the early stage of stack technology and one would have to imagine that several hundred years would bring a lot of changes as the technology matures. He’s instantly at home with everything. But this is hard stuff to get right, so I forgive them. 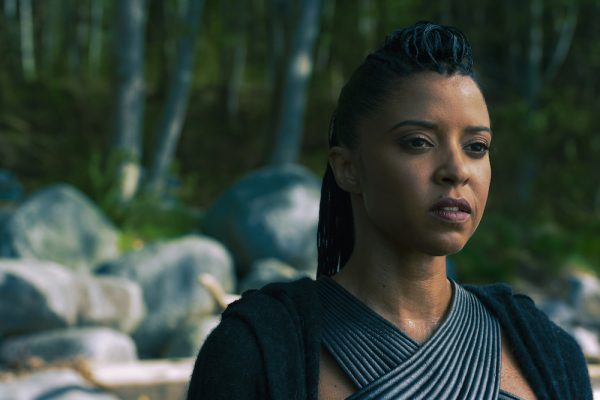 Quell — silly in season 1 and totally lame in season 2

Season 2, which apparently has a different show-runner, doubles down on my least favorite elements and drops nearly everything good about the first season. I loved my rewatch of season 1 — but even the first watch of season 2 was a chore.

This season is entirely set on Harlan’s World. With an entire galaxy to visit — they go back to the boring location from the season 1 flashbacks. Then they focus heavily on Quell, who while merely flat in the first season, this time around has an extra entity in her head and alternates between flat and just plain crazy. You have no sense of her personality, even less than in the first season. Then the producers/writers use the body switching tech to swap the main actor, which is cool in theory, but Anthony Mackie — a fine enough actor in some other roles — just plays Kovacs so stiffly. He doesn’t feel like the same guy at all. He’s missing the sarcastic edge and the hedonistic side. To make matters worse they drop every other season 1 character except Poe and Quell, so there’s little continuity of “like-ability”. The other few that remain are badly changed, like Miss Elisabeth (the actress returns, but the character is just a simulation and lakes the punch) or Jaeger (who has a new actor and personality as well). This all led me to not give a fig about anyone other than Poe. And all the new characters are mediocre at best. The best of them are Simone Missick (Trepp), Dina Shihabi (Dig), and Sen Mitsuji (Tanaseda Yukito). The Poe/Dig subplot is okay, and probably the best thing about season 2, but it still feels sidelined and stilted and they are kind of lame AIs. The villain Danica Harlan has is totally lacking the complexity of Laurens Bancroft (gotta love Mark Antony). There are no memorable side guys like Season 1’s Dimi the Twin, Carnage, Captain Tanaka, or Samir Abboud. 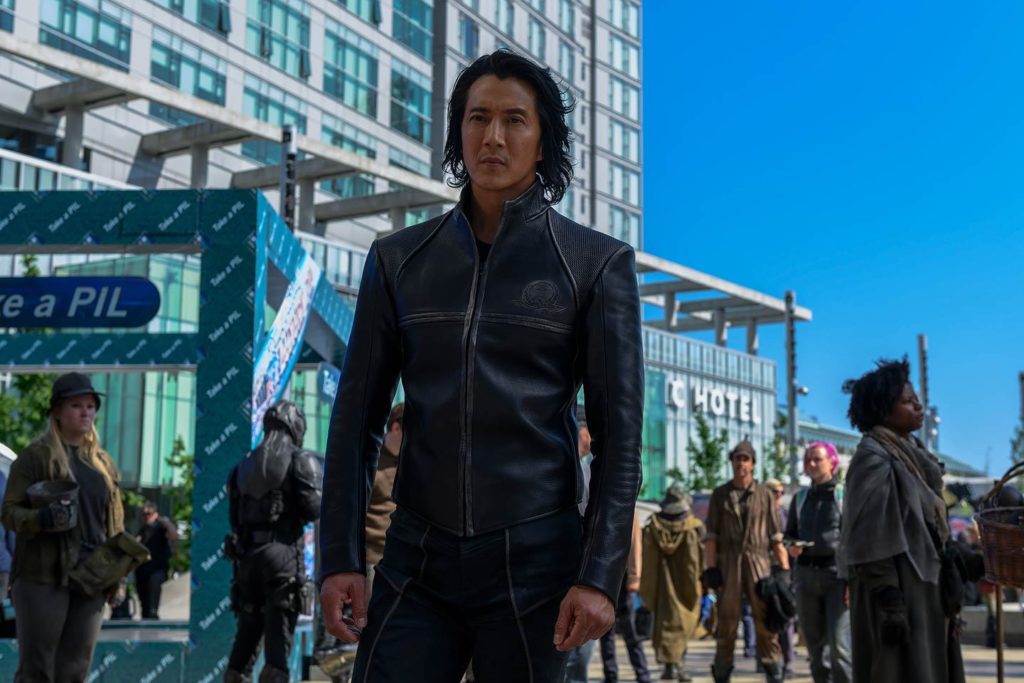 Compare this to the S1 city — it’s just a shot of a modern building.

Then, even more unforgivably, they just don’t advance the world building or the Science Fiction. There is some minor exploration of the “elders” — but it’s totally lame. The one interesting bit is Poe’s “rebuild” and his journey to the Renouncers (and a half decent minor return of a ghost of the like-able Miss Elisabeth). But the whole main plot is hammy, dull, predictable and I just couldn’t care. I cared about Ortega. I just eye-roll at Quell. The return of Will Yun Lee as O.G. Kovacs is dull too and lacks the intensity and jeopardy the writers intended. The big sweeping visual shots of wonderfully reconfigured San Francisco are totally gone and not replaced with much of anything but some crackling hexagons in the sky. 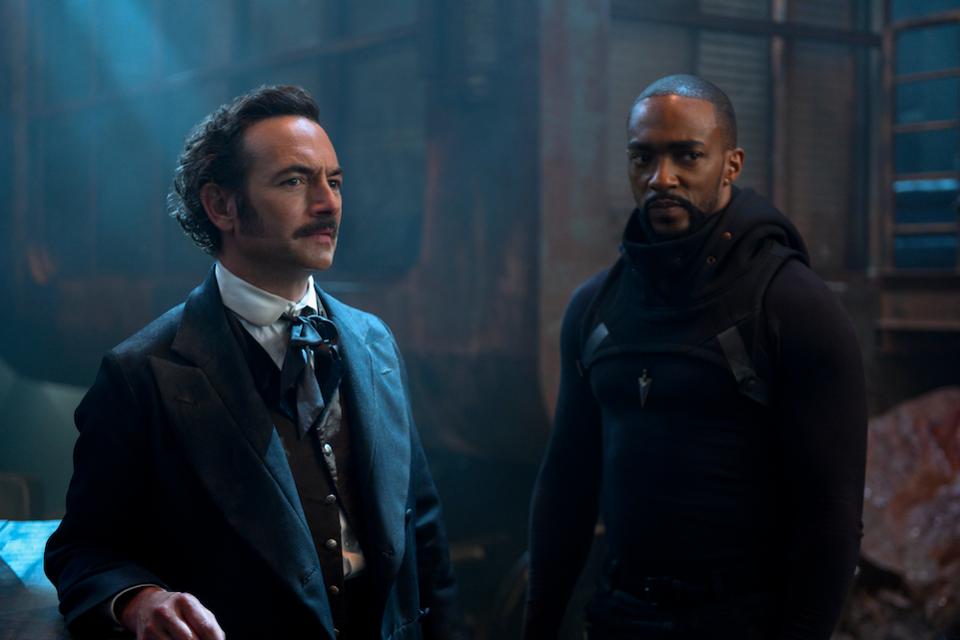 Poe is still pretty good, but Kovachs is lamer — with no sense of humor anymore

There is no world development either and they have toned down the violence slightly, omitting any memorable or set-piece scenes. And they stripped out nearly all of the nudity and sex. The new show runner “claims” this is because the new plot doesn’t need it. But I disagree. I think there was pressure to tone it down. This really leant a unique “noir” tone to season 1 — all gone. The net effect is that season 2 feels like a watered down ghost of season 1 and offers up neither anything new or even a rehash of much of what made the first season great. Sad really. It’s just not well written or produced. It looks pretty good. But not even as good or interesting as the first one. I can’t say they improved on anything. 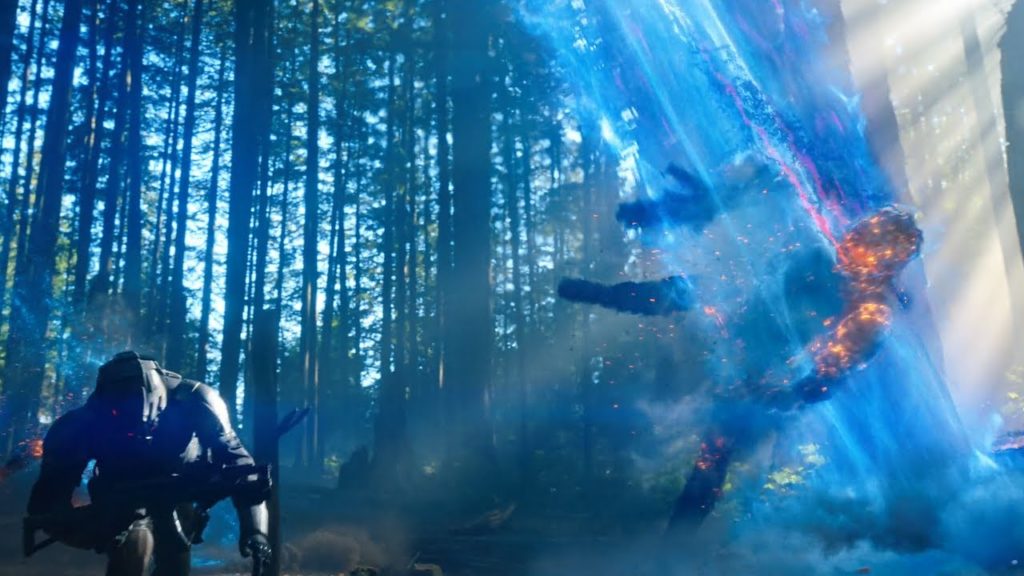 By: agavin
Comments (0)
Posted in: Television